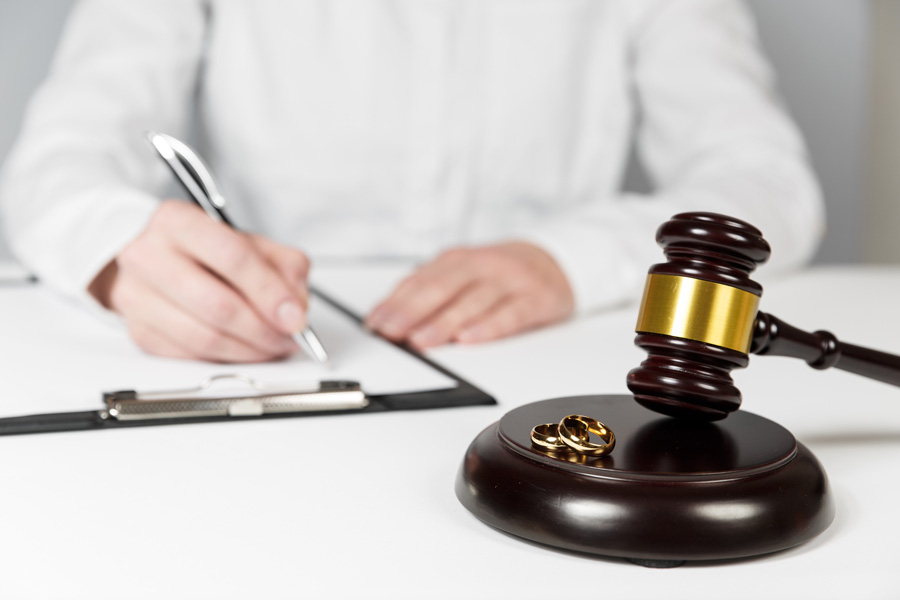 Spouses often choose to take an “elective share” of the estate during probate when their significant other has disinherited them. Valid premarital agreements however override spousal election rules.

Married couples may likewise try to rescind or amend their premarital agreements while they’re alive, and spouses sometimes hire the estate dispute attorneys at the Smith Law Firm in Iowa to investigate whether a controlling premarital agreement in probate is actually valid.

According to Iowa spousal election law (Code § 633.237), surviving spouses with no premarital agreement can make one of two choices during probate:

An elective share takes all personal assets exempt from debt collection and a third of the equity value on real property; spouses may further take a third of the remaining property and assets after the executor settles all debts.

In lieu of accepting real property equity, Iowa Code 633.240 allows the surviving partner to occupy the homestead for life instead.

If the estate is intestate (having no will), spouses can take a “statutory” elective share or may contrarily assert “elective share rights” against a valid will in probate.

The courts will likewise presume surviving partners will take their inheritance provided in testamentary documents unless they file timely elective share claims during probate.

Surviving spouses must notify the probate courts of their intent to take an elective share of the deceased’s estate within four months from the date they receive a probate notice from the executor or trustee of the estate.

The courts otherwise will administer the deceased’s assets according to the controlling testamentary document and spouses will have waived their right to acquire a life estate on the homestead. [Iowa Code §633.237(a)(b) and §633.241]

The Power of Premarital Agreements

Valid premarital agreements limit a spouse’s inheritance upon the death of the other partner. Couples often execute these prenuptial contracts to secure the inheritance of children from a previous marriage or to keep family assets held before the marriage from passing on to the spouse during probate proceedings.

Premarital agreements likewise override Iowa’s spousal election laws providing that the contract is in writing, signed by both parties, and satisfies the requirements set forth in Iowa Code §596.

Destroying a premarital agreement or just writing “canceled” on it does not revoke or amend it. To rescind or modify a prenuptial contract, both spouses must agree and produce a writing that memorializes their intent.

Premarital agreement revocations in Iowa are also enforceable without consideration (a benefit received in exchange for giving up something).

A spouse may further revoke a premarital agreement without their partner’s consent if exceptional circumstances exist and if he or she retains an expert estate planning attorney to challenge the contract in court.

The courts may null and void a premarital agreement without the consent of both parties if evidence reveals the party seeking revocation:

In 2008, the Supreme Court of Iowa tested the validity of premarital agreements in probate for the first time. [In re Marriage of Shanks, 758 N.W.2d 506]

Here, the Court ruled parties seeking revocation must establish that duress or undue influence was present before and during the signing of the premarital agreement to claim they executed the contract involuntarily under Code §596.8.

Probate courts may further render premarital agreements unenforceable when evidence of unconscionability alone exists, since scrutinizing an extremely unjust contract is “substantially more circumscribed than [reviewing it] for mere inequity,” according to the Shanks Court.

Frank marries Alice after both parties sign a premarital agreement that limits their inheritances.

Frank dies ten years later, and Alice discovers during probate that Frank had executed a will she knew nothing about, and even worse, Frank had a second family living in the other county.

Unbeknownst to Alice, Frank’s second family existed well before their marriage took place, and the family currently holds millions of dollars in assets from Frank’s estate. Frank also disowned Alice in his will and left everything to his second family.

Alice learned from the Smith Law Firm’s website that she can hire a probate litigator to question the validity of her premarital agreement in court.  She also discovered she holds an excellent chance to claim an elective share against Frank’s estate after the courts void her premarital agreement for Frank’s non-disclosure of wealth held before she signed the contract.

Seek our advice if you need help with a premarital agreement that has reduced or eliminated your inheritance.

We are the go-to probate litigators in Iowa for working out probate disputes.

And don’t forget. “It’s our mission to save you money by resolving your premarital agreement validity claim out of court or in mediation.”

Check out our blog and learn more about premarital agreement validity in Iowa.
Blog Premarital Agreements

Does My Premarital Agreement and Waiver From Another State Void My Spouse’s Elective Share?

“It’s our mission to save you money by resolving your premarital agreement validity claim out of court or in mediation.”