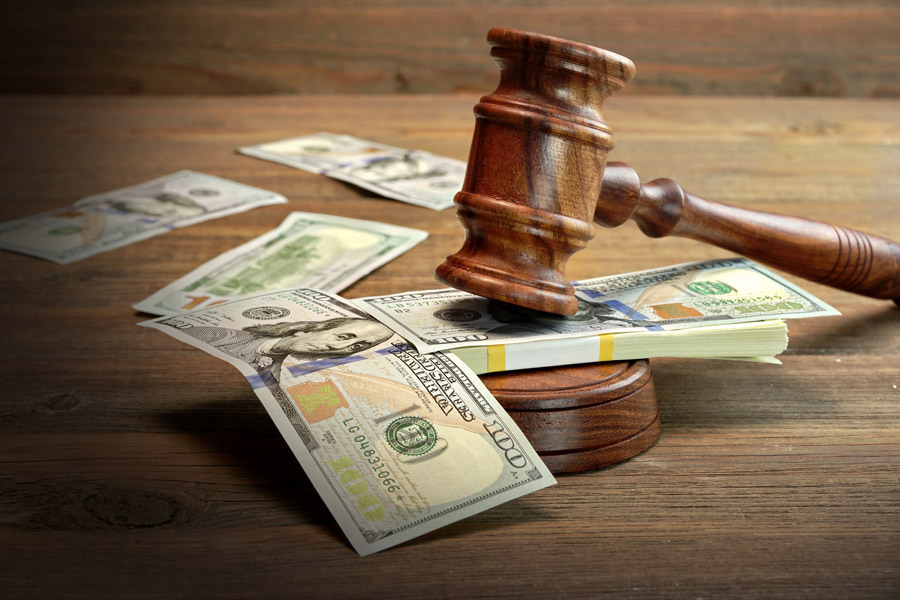 Heirs and beneficiaries in estate dispute litigation often claim fraud after discovering a wrongdoer tricked a testator into altering, executing or revoking an estate planning document with resolve to benefit from the lies they tell.

Fraud can take place before or during probate proceedings, and the defrauder’s exploitation of the testator’s intent usually opens the door to the wrongdoer facing criminal liability.

Defrauders can be individuals in confidential relationships with the testator or unethical estate fiduciaries who hijack inheritances from beneficiaries.

Fraud victims in Iowa often consult with the probate fraud specialists at the Smith Law Firm when they need to know how estate property disappeared or how make a fraudster pay back the assets they stole.

To be liable for probate fraud in Iowa, a fraudster must have made a false statement (intentional misrepresentation) to a testator who believed in the lie and subsequently altered his testamentary documents to benefit the wrongdoer.

A misrepresentation alone therefore is not fraud if the alleged defrauder did not prosper from his dishonesty or if the testator believed in the wrongdoer’s lie but changed his will for reasons not related to the false statement.

Fraud in the Inducement—takes place when testators convey their estate assets differently because they believe an alleged defrauder’s intentional misrepresentation is important.

For Example: Fiduciary Mike convinces Testator Tom that Heir Alice has passed away. Unbeknownst to Tom, Alice is still alive, but this fact doesn’t stop Tom from altering his will to transfer Alice’s inheritance to Mike.

Fraud in Duress—occurs when alleged defrauders exert undue influence over a testator’s true intent to convey estate assets by threatening violence or by engaging in wrongful coercive acts that compel the testator to alter his will.

For Example: Testator Tom was very ill, and he depended on Fiduciary Mike’s care to survive. Mike advises Tom that he’ll stop caring for him if he doesn’t change his will to transfer Heir Alice’s inheritance to his estate. Tom wants Alice to keep her future assets, but he complies with Mike’s wishes because he cannot risk Mike leaving him alone to care for himself.

Fraud in the Execution—happens when alleged fraudster tricks the deceased into signing (executing) a testamentary document that was not his own.

For Example: Fiduciary Mike drafted a fake will that named himself as the primary beneficiary, he then substituted the false document for Testator Tom’s will and convinced him to sign it.

Alleged fraudsters named in estate dispute claims are usually fiduciaries who were tasked with planning or executing the deceased’s estate; or individuals that formed close, intimate or confidential relationships with an ill, elderly or vulnerable testator while he was alive.

Family members, heirs and benefices may preempt fraud from taking place in their estates by paying close attention to the following probate fraud warning signs:

Only interested parties with standing may file a probate fraud claim. An individual holds standing if they own a pecuniary interest in an estate linked to a testamentary document that impacts their inheritance or inter vivos gifts negatively.

Since fraud sometimes occurs before or during probate, executors and trustees may administer estate assets only after the courts validate testamentary documents and declare they reflect the deceased’s actual intent.

Interested parties often employ skilled estate dispute attorneys to investigate suspected probate fraud. If the attorney discovers a wrongdoing took place, he’ll file a cause of action with the probate court to redress losses to the estate and probate fraud litigation will begin.

Victims may alternatively ask their estate dispute attorneys to help authorities convict the alleged fraudster. An interested party may later sue the fraudster’s estate in civil court to recover damages while the wrongdoer is in prison.

Probate courts will remedy fraud by either striking an estate planning document in part or rejecting it entirely.

Partial annulment will call for the fact finder to determine what the testator intended or would have intended had the fraud not existed, and afterwards, decide who will take.

Iowa courts rarely reopen probate proceedings once probate closes. However, the courts will accept tortious interference with inheritance claims after probate where beneficiaries and other interested parties can personally sue the fraudster for damages.
Inheritance hijacking takes place when a fiduciary uses his legal authority to loot the estate of an heir or beneficiary.

Seek our help if you believe someone hijacked your inheritance by deceiving a loved one into altering his testamentary documents.

We are the go-to probate litigators in Iowa for working out probate disputes.

And don’t forget. “It’s our mission to save you money by resolving your claim out of court or in mediation.”

Check out our blog and learn more about probate fraud litigation in Iowa.
Blog Interference with Inheritance Probate Fraud Litigation

How to Prove Forgery in Probate Fraud Litigation

What Everyone Needs To Know About Recognizing Fraud in Estate Planning

“It’s our mission to save you money by resolving your claim out of court or in mediation.”