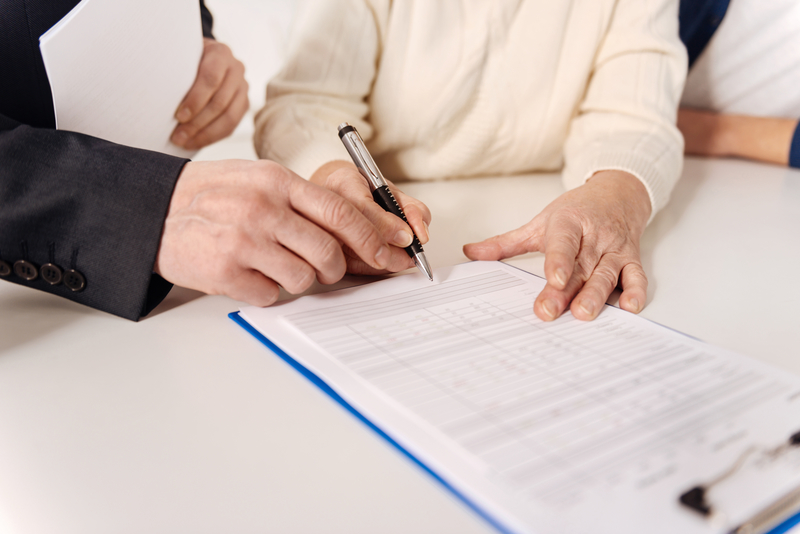 The wrongdoers in most cases manipulated testators into planning or altering wills or trusts that cut out legal successors and transferred the testators’ property and assets to the influencers.

Iowa trust and estate rules define undue influence as pre-death manipulation, persuasion and control of a testator’s intent and free will to convey assets for one’s personal financial gain.

To test whether undue influence has occurred, probate courts will consider and scrutinize evidence relevant to the decedent’s vulnerability and to the influencer’s conduct before death.

The will and trust litigators at the Smith Law Firm believe Iowans who stand to inherit property should get a sense of what undue influence is and how to assert or defend it in probate court, since estate dispute parties frequently assert undue influence claims and defenses in their court arguments.

Estate law precedent in Iowa affirms wills and trusts do not express the testators’ purpose and intent when influencers substitute their intentions of personal gain into testamentary documents by inducing testators to act against their free will or to act without knowing the consequences of their choices.

The Supreme Court of Iowa has further ruled influencers can be missing at the will signing, but to find testamentary documents invalid, evidence must show the wrongdoers’ influence was present, excessive and a controlling factor during execution.

Undue Influence regularly occurs towards the end of the testator’s life and often when the deceased was fighting illness or lacking the mental strength and vigor to refuse the influencer’s demands.

Influencers can be relatives, close friends, fiduciaries or other healthcare professionals who took care of the testator before death.

Many times testators give in to the influencers’ demands because they’re afraid they’ll lose the “help” they’re receiving if they don’t comply.

Other times, wrongdoers form confidential relationships with elderly testators and persuade them to include “temporary safeguards” in their testamentary documents to protect property; but in reality, these changes permanently disinherit legitimate heirs and shift assets to the influencers.

The estate dispute litigators at the Smith Law Firm have encountered many examples of undue influence schemes in practice, and they are ready to assert or defend your undue influence claim in court.

Why Testators Surrender to an Influencer’s Demands

If you’re a malfeasance influencer, you’ll try to form a confidential or caring relationship with an elderly victim by controlling their personal hygiene, mealtimes, doctor’s appointments, medication administration, social life and other personal necessities.

The more the victim becomes dependent on the influencer to survive, the easier the wrongdoer can control the elder’s decision making and autonomy.

Influencers will likewise exercise authority over the victim’s finances and assets through:

Suddenly, testators find themselves asking permission to spend their own money and having to beg or gratify their influencers to receive cash.

The probate dispute litigators at Smith Law in Iowa know how influencers assert control games over the elderly and the incapacitated, and we hold expert practice in identifying evidence of malfeasance influencing when investigating changes to testamentary documents.

Iowa probate courts will presume testators execute their wills or trusts without undue influence from another unless a will challenger’s evidence proves:

For proving the vulnerability element mentioned above, will challengers may further present evidence that establishes the victim possessed a limited mental capacity, weak physical health, little or no social life, or a poor education level.

Plaintiffs who assert undue influence in will dispute litigation generally bear the burden and the cost of proving the defendant’s wrongdoing.

Skillful estate dispute attorneys however may offer evidence that reveals a confidential relationship existed between the testator and the influencer or that unconscionable events took place before the testator altered his will.

In such circumstances, Iowa probate courts may shift the burden to the defendant to disprove the presumption of undue influence and show they held no authority or control over the testator or his intent to alter his will.

It therefore makes sense to force wrongdoers to bear undue influence presumption burdens because doing so relieves claimants from having to prove the influence existed.

Click on Burkhalter vs. Burkhalter to learn how the Supreme Court of Iowa invalided a family trust for lack of testamentary intent after a sibling unduly influenced his father into making changes.

You may also read about Lintz vs. Lintz to discover how a wife failed to benefit financially from her deceased husband’s estate at the expense of his legal heirs after the courts shifted the burden of proof onto the defendant.

To prevail in undue influence claims, will challengers must prove: (i) victim vulnerability; (ii) the defendant’s apparent authority; (iii) influencer intent; and (iv) receipt of an inequitable gift.
Generally no. Undue influence is a probate matter in trust and estate disputes. However, if the influencer engaged in criminal acts (fraud, elder abuse, assault) a district attorney may ultimately file criminal charges against the wrongdoer.

Removal of Trustees and Executors

Injunctions sought by will challengers to remove executors or trustees who breach their fiduciary duties by exercising undue influence over testators.

An assertion that claims influencers held confidential relationships with testators created through acts of trust and dependence.

We are the go-to probate litigators in Iowa for working out estate disputes.

And don’t forget. “It’s our mission to save you money by resolving your undue influence claim out of court or in mediation.”

Check out our blog and learn more about undue influence in Iowa.
Blog Interference with Inheritance Undue Influence

Important Undue Influence FAQs For Victims Who Had Their Inheritance Hijacked

How to Evaluate an Undue Influence Case Like A Pro

“It’s our mission to save you money by resolving your undue influence claim out of court or in mediation.”